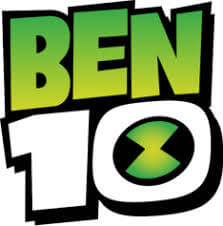 Cartoon Network’s recent facelift and aging of Ben Tennyson, the star of the animated series Ben 10 proved to be a rating bonanza for the cabler. Ben 10: Alien Force‘s Friday night showing (8 to 9 p.m.) set new records as the most-watched original series premiere in Cartoon Network’s history among kids 6-11, boys 6-11, boys 2-11 and households, according to preliminary data from Nielsen Media Research. The new series beat the original Ben 10 2006 premiere among kids and boys by 40% to 70%.The one-hour premiere also scored as the #1 telecast of the day on all televisionâ€”both cable and broadcastâ€”with kids 9-14, boys 6-11 boys 2-11 and households. In case you’re keeping track, the previous most-watched original series premiere among kids 6-11 was Foster’s Home for Imaginary Friends, set on Aug. 13, 2004. You can read the entire article at: http://www.animationmagazine.net/article/8226