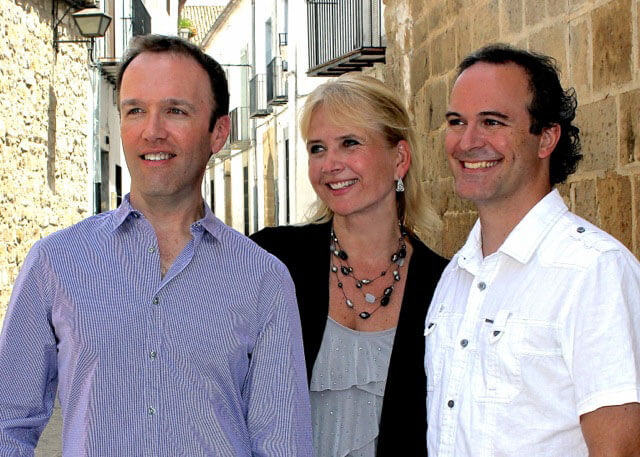 Emmy Award-winning composers Michael McCuistion, Lolita Ritmanis and Kristopher Carter, collectively known as Dynamic Music Partners, have created hundreds of hours of music for a variety of different genres, including TV series, independent films, video games and live performance events. They have collectively earned twenty-eight Emmy Award nominations and six Annie Award nominations as composers for Marvel’s Avengers Assemble,  Batman: The Brave And The Bold, Justice League, Teen Titans, Batman Beyond, The Zeta Project and The New Batman Superman Adventures. Original concert works and suites of their scores have been performed in festivals and special events; from New York’s Lincoln Center to The Hollywood Bowl, The Kennedy Center, The Griffith Observatory in Los Angeles,  Tenerife – Spain and beyond, their music has received critical acclaim. Their Prime-time Emmy Award nominated musical Batman: The Brave and the Bold: Mayhem of the Music Meister, starring Neil Patrick Harris was a historic first Batman musical to ever be composed.

They began their careers composing music for Batman: The Animated Series, Superman: The Animated Series and Batman Beyond, for which they each received the Emmy Award in Music Direction and Composition. As orchestrators they have worked with many of Hollywood’s A-list composers, including Michael Kamen, Basil Poledouris, Howard Shore, Carter Burwell, Elliot Goldenthal, Mark Snow and Shirley Walker. Kristopher, Michael and Lolita are currently working on the third season of Marvel’s Avengers Assemble. They recently completed scoring a feature length documentary An Act of Love, which received the silver award at the Mill Valley Film Festival, as well as composed 4 hours of original music for radio-play audio book Rain of the Ghosts. Their feature film Marvel Superhero Adventures: Frost Fight will premiere in December 2015. They are working on 3 top secret feature length animated projects, with announcements coming in 2016.

Kristopher, Michael and Lolita work both collectively and individually. Kristopher recently completed the score to the Webby-nominated short film The Birds Of Anger for G4TV and just returned from a series of lectures at the North Carolina School of the Arts. Michael recently scored the latest Griffith Observatory production Time’s Up which is now playing at the observatory in the Samuel Oschin Planetarium. Lolita has been very active in the concert music arena this past season, having had works performed at The Kennedy Center in Washington, D.C,  2 original musicals – receiving performances in Latvia throughout 2014-2015,  as well as the premiere of her symphonic work Overture to Light. This remarkable and very contemporary trio of composers and performers is an example of creative collaboration, business savvy, and artistic expression of the highest, most original level. They are currently working in today’s industry and are examples and role models for aspiring film composers everywhere.