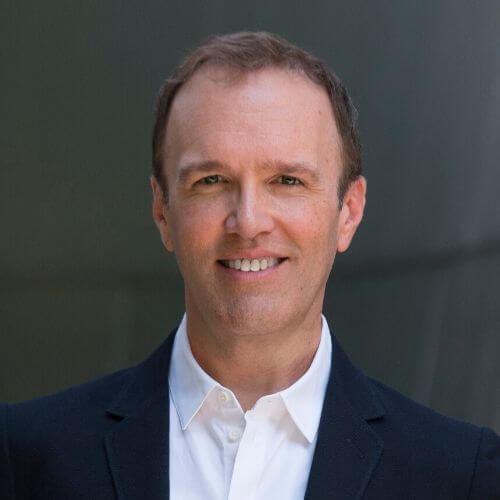 Michael McCuistion is an Emmy Award-winning composer who writes for film, television, multimedia and the concert hall. Nominated for ten Emmy Awards and three Annie Awards, he also composed and conducted the music for the Oscar-winning short film My Mother Dreams The Satan’s Disciples In New York, Activision’s Spider-Man: The Movie Game and Spider-Man 2: The Game which were released simultaneously with both blockbuster motion pictures.  McCuistion holds both a bachelor’s degree in classical music composition and a master’s degree equivalent in film music composition. He studied with film music legends Jerry Goldsmith, Henry Mancini, David Raksin and Irwin Kostal, receiving many academic honors throughout his education.

After graduation, McCuistion orchestrated on many top Hollywood films, working with A-list film composers such as Carter Burwell, Danny Elfman, Elliot Goldenthal, Michael Kamen, Howard Shore and Shirley Walker. This led to McCuistion’s first composing assignment for Batman: The Animated Series followed by years of writing for many iconic superheroes such as Batman, Superman, Spider-Man, the Justice League, Teen Titans, Ben 10 and The Avengers.
In 2012 McCuistion embarked on a collaboration with the world-famous Griffith Observatory, resulting in his original score for their most recent planetarium production Time’s Up. This live mixed-media production ran daily for over 2 1/2 years in the observatory’s Samuel Oschin Planetarium; music from his score can still be heard today in the rotunda accompanying Griffith Observatory’s anniversary tribute to the Hubble Space Telescope. The soundtrack has just been released both digitally and physically worldwide.

McCuistion’s most recent concert work, Jazz Moods (for clarinet choir) premiered both in the United States and in Italy at the International Clarinet Association’s ClarinetFest Convention. He is currently composing for Marvel’s Avengers Assemble and a number of other short and long-form media productions. McCuistion has recorded film, television and concert works in the United States, Europe and Australia, and he presently resides in Los Angeles.