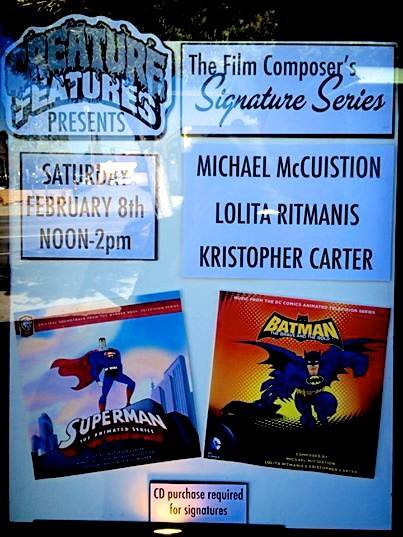 This past Saturday, Feb. 8, DMP met with fans at Creature Features in Burbank, CA, and signed copies of our newest soundtrack releases: “Superman The Animated Series” and “Batman: The Brave And The Bold.” Both CDs are released by LaLaLand Records and can be found at Amazon here: “Animated Superman” Soundtrack and “Batman: Brave/Bold” Soundtrack

See a gallery of photos from the event here