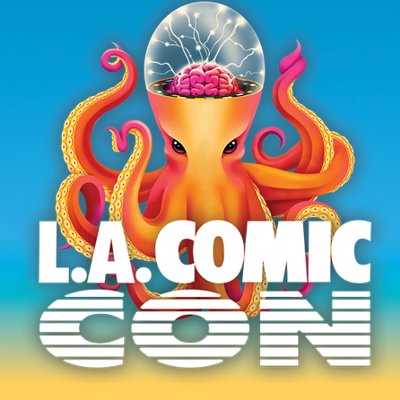 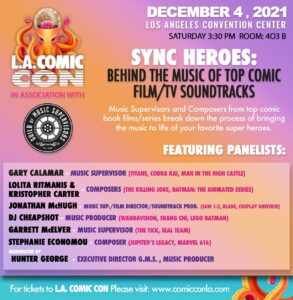 Kristopher appeared at the LA Comic Con today at 3:30pm in Room 403B along with several of his esteemed colleagues to discuss music for Comic Film/TV Soundtracks, presented by the Guild of Music Supervisors and moderated by Hunter George. 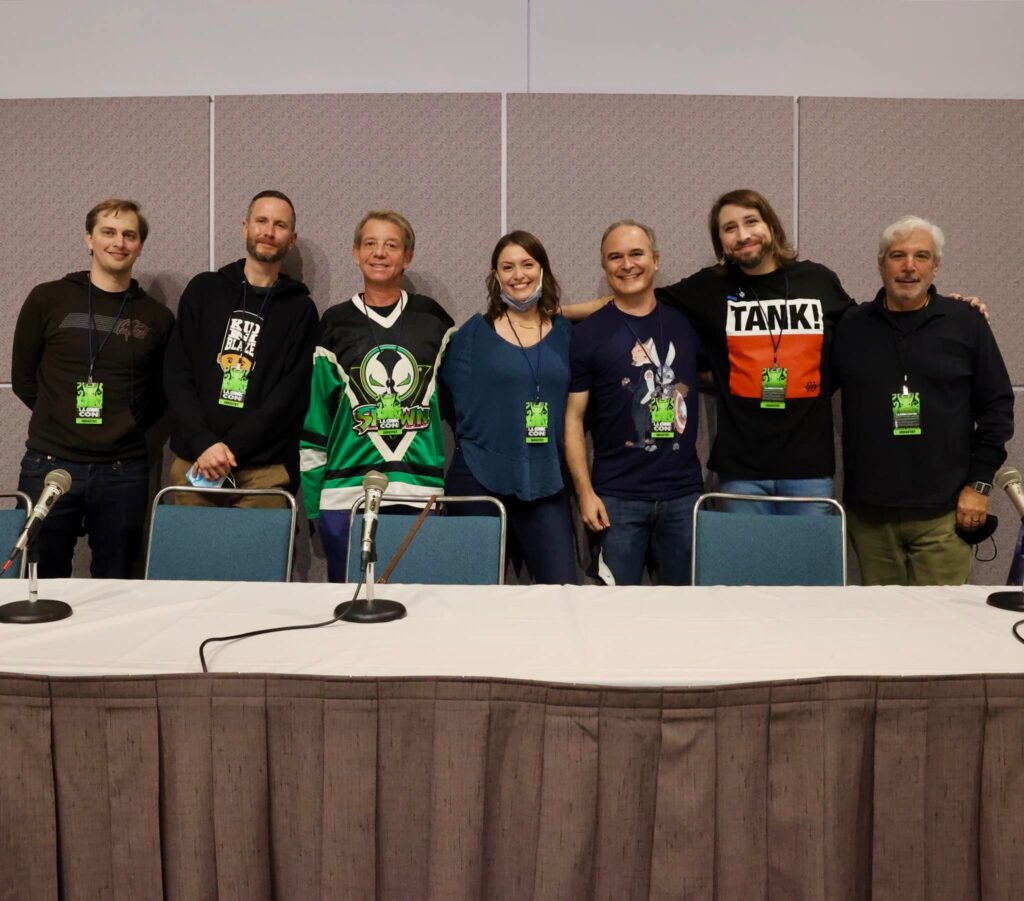