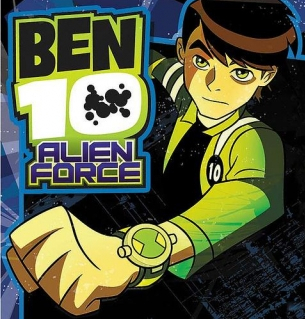 Ben 10: Alien Force is an American animated television series created by the Late Dwayne McDuffie and Glen Murakami and the studio “Man of Action” (a group consisting of Duncan Rouleau, Joe Casey, Joe Kelly, and Steven T. Seagle), and produced by Cartoon Network Studios. It is a sequel to Ben 10.Alien Force is set five years after the original series. The storyline is notable for having matured the character and taking a darker tone, with more complex plots and more characters dying. This change received mixed reactions from the fans, and caused a division amongst them. Despite this, Ben 10: Alien Force’s ratings were successful, allowing the production of Ben 10: Ultimate Alien.The series premiered on Cartoon Network on April 18, 2008 in the United States, with its Canadian premiere on Teletoon on September 6, 2008 and ended on March 26, 2010. The series was originally produced under the working title of Ben 10: Hero Generation. The series ran for a total of 46 episodes.