Collaborating with the Hollywood Bowl Orchestra 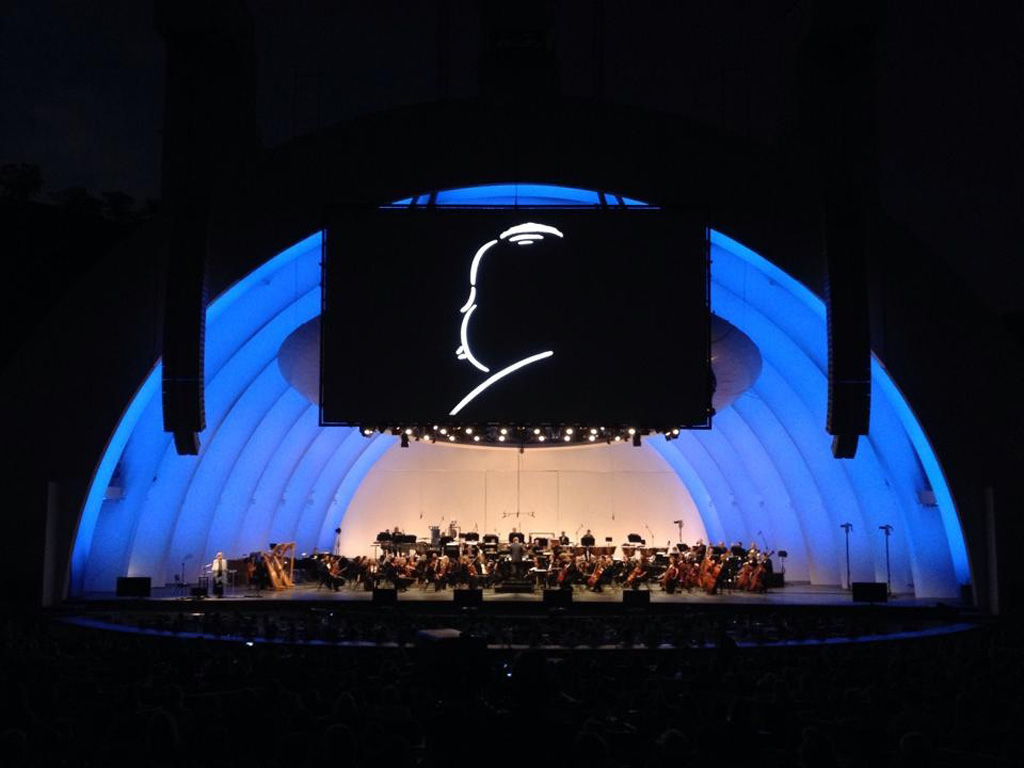 Kristopher is honored to continue his collaboration with the Los Angeles Philharmonic at the Hollywood Bowl, serving as a special consultant to their film music nights. This summer marks his 17th year working with the Bowl, supervising the technology that keeps the conductor and orchestra in synchronization with film clips projected on a giant screen suspended above the stage.  Kristopher contributed to five concerts this season: the Dreamworks Animation 20th Anniversary Celebration, “Noche de Cine” conducted by Gustavo Dudamel, the annual Film Night conducted by David Newman (which this year celebrated music from the films of Alfred Hitchcock), the Jazz Night celebrating the “Black Music Soundtrack”, and the Fireworks Finale (this year’s theme is “The Simpsons Take The Bowl”).