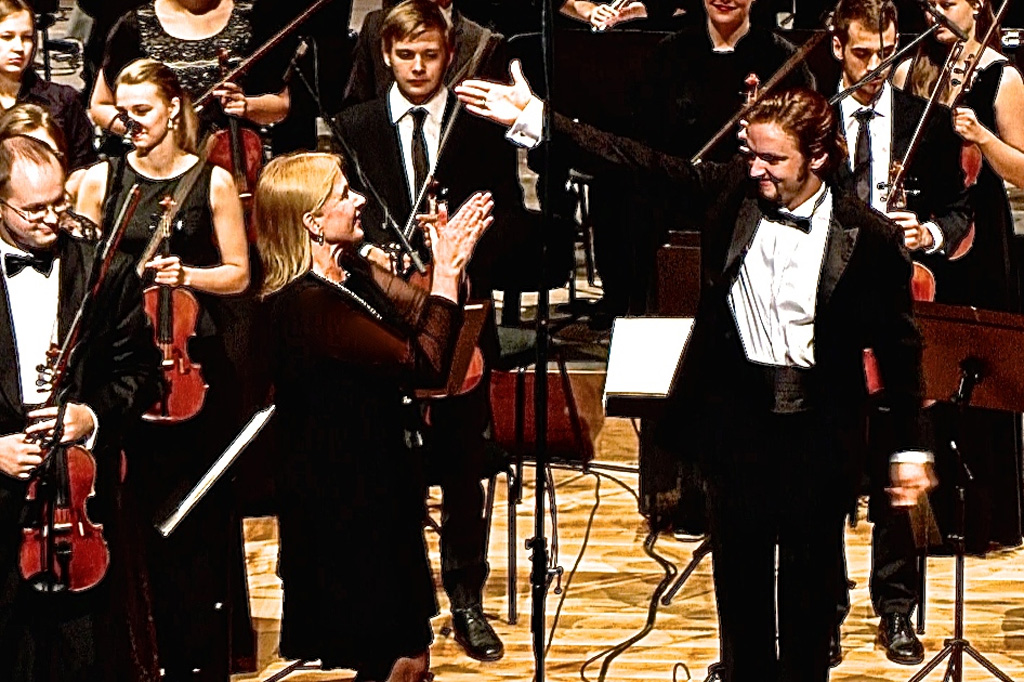 Lolita just returned from Latvia where she had the pleasure of attending the premiere of her new Symphonic work “Uvertīra Gaismai” (translation: Overture to Light.) The recent completion of the National Library of Latvia, (“Castle of Light”) designed by world renowned architect Gunārs Birkerts, who fled Communism during World War II, served as an inspiration for the piece. This stunning building is a beautiful new landmark in the already spectacular Riga skyline. Lolita’s hope in composing this overture was to honor those who left Latvia during the war, keeping their Latvian heritage alive outside of Latvia, as well as to honor the countless Latvians who survived the unspeakable hardships and dark days under Communist rule. Latvia regained independence in 1990 and is now a member of NATO as well as the European Union, and Riga was named the 2014 cultural capital of Europe. Light prevailed over darkness. This was the guiding theme for Lolita’s concert work.

Under the direction of Ainārs Rubiķis, who came to international attention as winner of the Third International Gustav Mahler conducting competition and the recipient of the Nestlé and Salzburg Festival Young Conductors Award, the Jāzeps Vītols Latvian Academy of Music Symphony Orchestra played with great passion and precision. Lolita attended both performances of her work. October 4th, at the recently completed Cēsis concert hall, and also the following day at the Academy of Music in Rīga, an institution which opened in 1919. Both concerts were well attended.