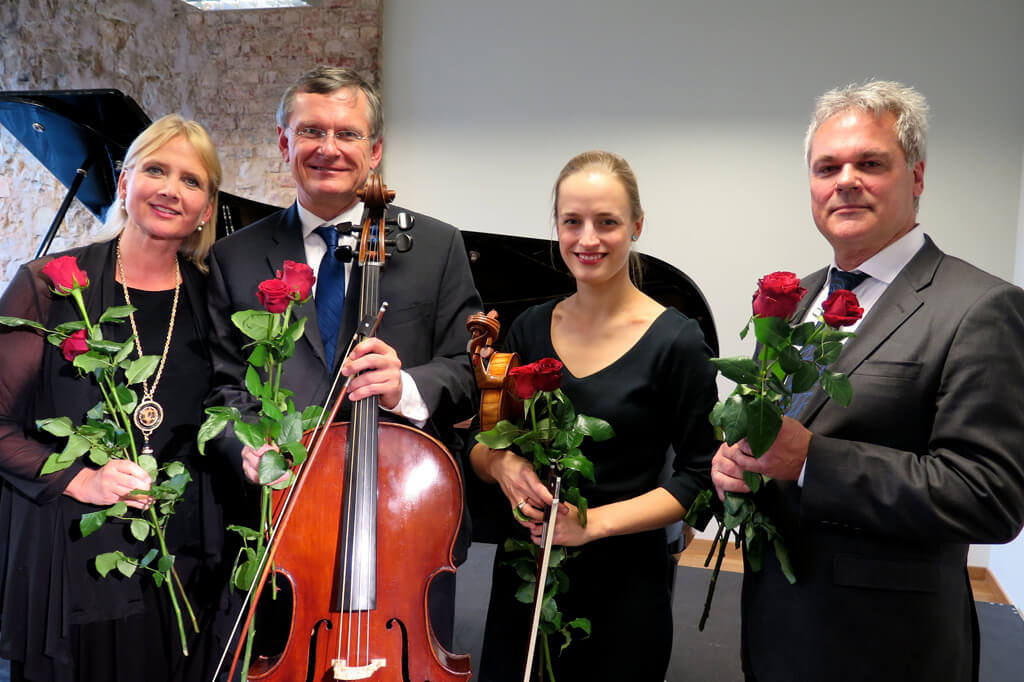 On the afternoon of October 4th, Lolita’s trio for violin, cello and piano “Vai Sapnis” (translation: Is It a Dream?) was performed at the Vidzeme Concert Hall “Cēsis” in Latvia, as part of the World Latvian Cultural Conference.

The concert featured violinist, Laura Zariņa , who was most recently awarded the Villa Musica Young Performer’s Prize and a special prize for her Schubert interpretation at the international “Premio Rodolfo Lipizer” competition in Gorizia, Italy. As a soloist Zariņa has performed with the Latvian National Symphony Orchestra, the Latvian National Opera Orchestra, the Liepaja Symphony Orchestra, the Estonian Symphony Orchestra, the Chamber Orchestra of Mainz and the Northern German Philharmonic Orchestra Rostock. In addition to her work as a soloist, Zarina performed as an orchestra musician with the DSO Berlin (2009/2010) and the Berlin Philharmonic (2010/2011). Also featured were cellist Juris Ķeniņš, and pianist Peter Zarins both from Canada. The concert also included music by Dace Aperāns, Tālivaldis Ķeniņš, and Imants Raminš.