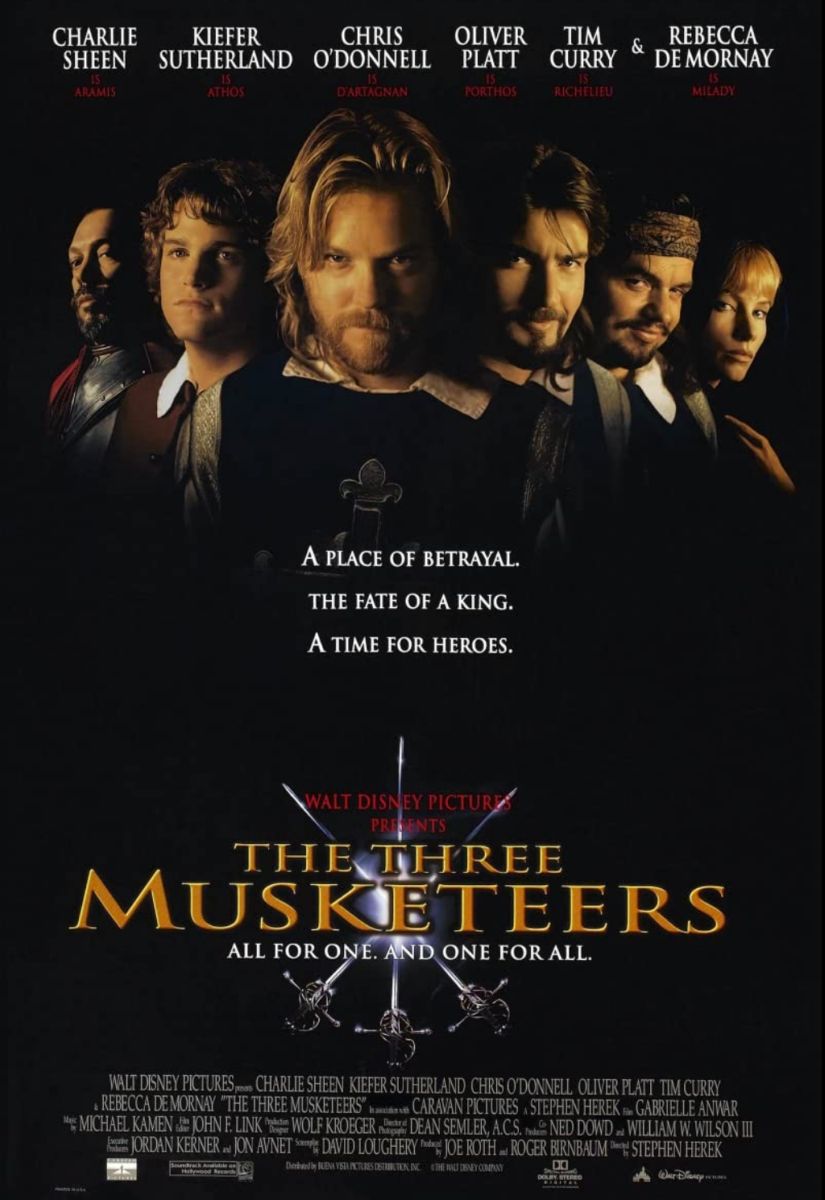 The film is loosely based on the novel The Three Musketeers (Les Trois Mousquetaires) by Alexandre Dumas, père. It recounts the adventures of d’Artagnan on his quest to join the three title characters in becoming a musketeer. The adaptation greatly simplifies and alters the story, and takes considerable liberties with French history.

The three best of the disbanded Musketeers – Athos, Porthos, and Aramis – join a young hotheaded would-be-Musketeer, D’Artagnan, to stop the Cardinal Richelieu’s evil plot: to form an alliance with enemy England by way of the mysterious Milady. Rochefort, the Cardinal’s right-hand man, announces the official disbanding of the King’s Musketeers. Three, however, refuse to throw down their swords – Athos the fighter and drinker, Porthos the pirate and lover, and Aramis, the priest and poet. Arriving in Paris to join the Musketeers, D’Artagnan uncovers the Cardinal’s plans, and the four set out on a mission to protect King and Country.

Based on the novel by
Alexandre Dumas