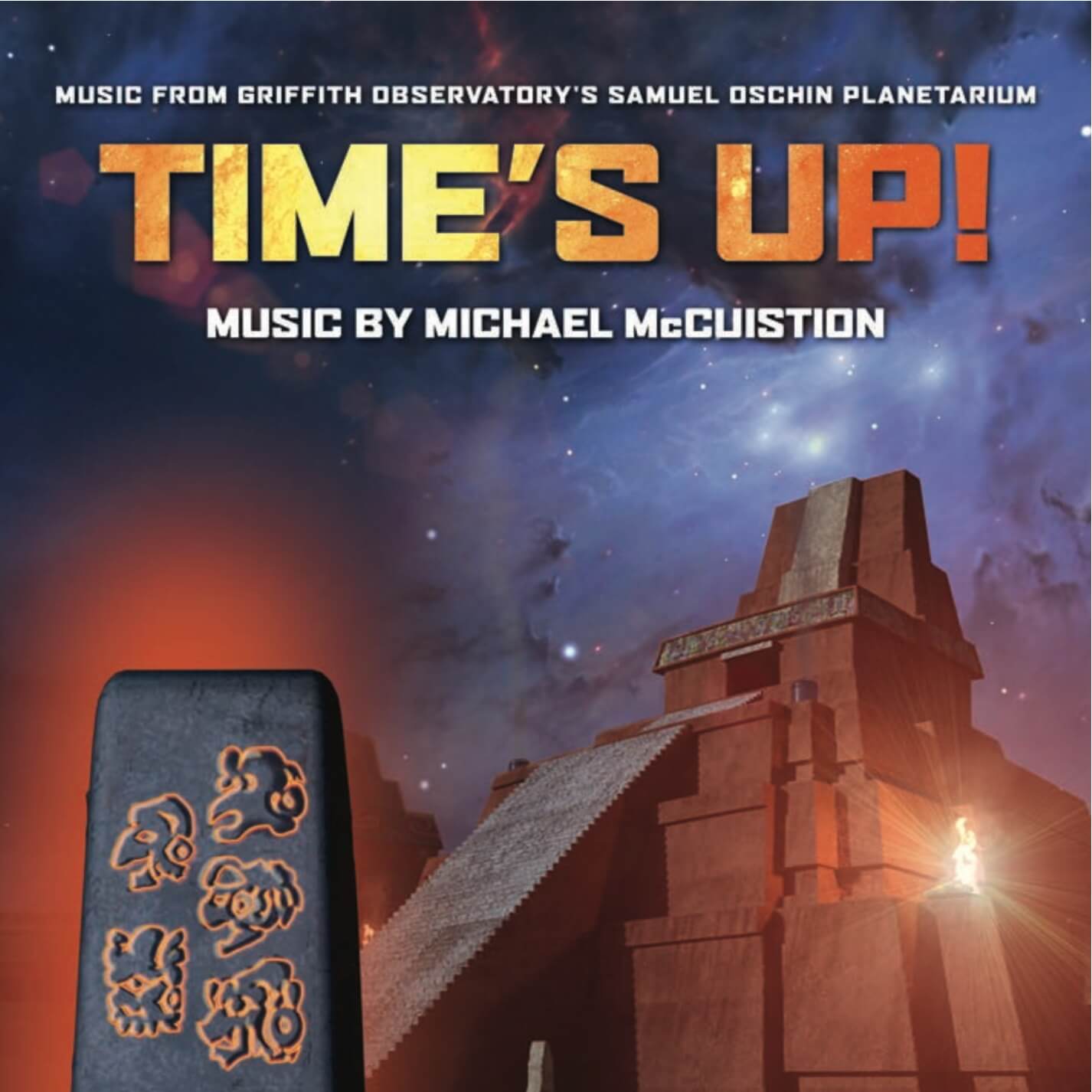 DMP congratulates Michael McCuistion on today’s release of the “Time’s Up” soundtrack! His score features music from Griffith Observatory’s long-running Samuel Oschin Planetarium production; it is being released by La-La Land Records with an in-depth 12-page booklet describing both the show and the music. More information about the soundtrack is available here.

Also, the Samuel Oschin Planetarium has just reopened after an extensive renovation, and although “Time’s Up” is no longer being presented in the dome, you can still hear music from the soundtrack accompanying the rotunda’s Hubble Telescope exhibit just outside the remodeled Planetarium’s entrance. More information about the Planetarium can be found here, and ongoing updates about Griffith Observatory’s latest events are available via their twitter feed @AllSpaceCnsdrd.