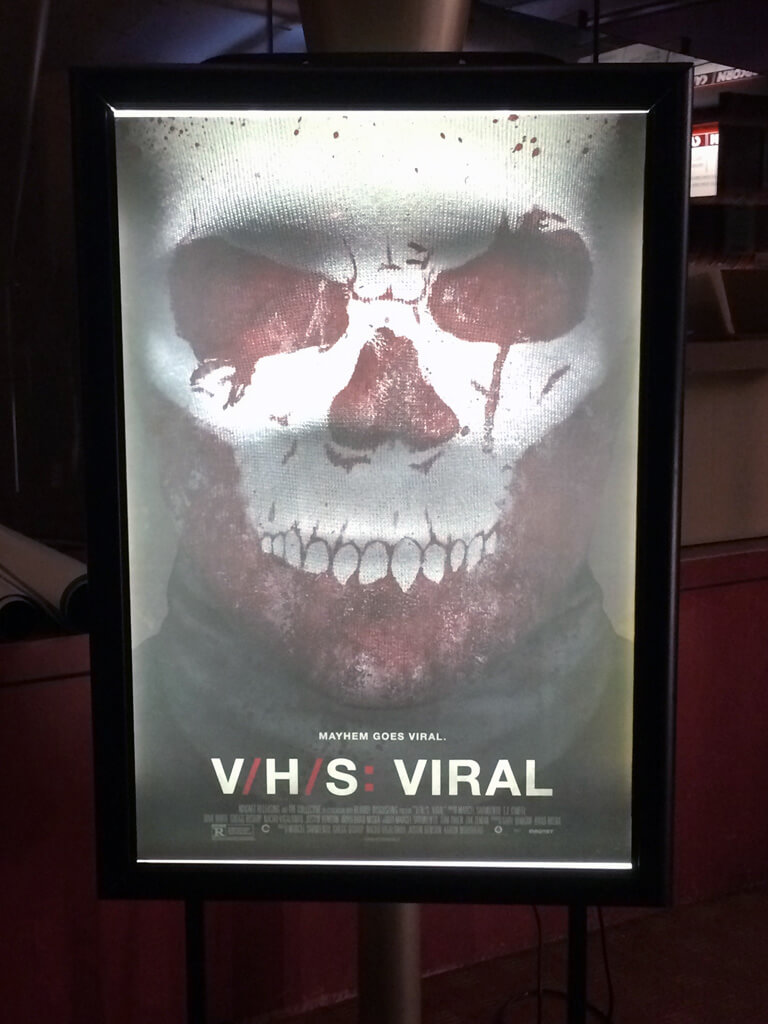 On Sunday, Sep 28, Kristopher attended the West Coast Premiere of “V|H|S Viral,” the third installment of the popular found-footage horror anthology series. Kristopher composed the music for the segment called “Dante the Great,” written and directed by Gregg Bishop. Screening as part of Beyond Fest 2014, the film unspooled to a packed house at the Egyptian Theater in Hollywood and featured a Q & A segment with the film makers afterward. The film will be released on VOD on Oct. 23 and will be followed by a limited theatrical run beginning Nov. 21.